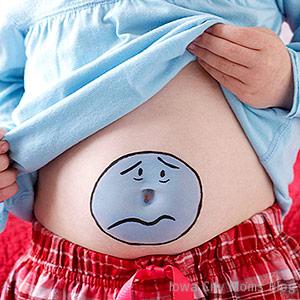 School started a few weeks ago, and for two weeks before it started your child had daily stomachaches.  She was tearful and upset every day and looked to you to help her.  You took her to the pediatrician and they found no clear physical reason for her pain.

She’s had these stomachaches before.  They’ve been happening on and off for over six months and both you and your child wish they would go away.  They usually last an hour or so.  They made it hard for her to go to summer camp before school started and now they’re making it hard for her to engage in afterschool activities or go to her friends’ houses, not to mention go to school itself.  When the stomachaches begin, you sigh and feel helpless as a parent. Both you and your child worry about when or where the next stomachache will happen.

Does this sound familiar?  If they do you’re not alone — many children have these kinds of stomach concerns.  It’s estimated that this pattern of stomachaches occurs in as many as 25 to 38% of school age children.  That is a lot of tummy trouble!

Medical professionals often refer to this condition as Functional Abdominal Pain (FAP).  This diagnosis is often made after more complicated things, such as bowel concerns or gastrointestinal tract problems, have been ruled out. Sometimes the cause of a child’s stomachaches can’t be found because there are undiscovered conditions such as food intolerances.  Sometimes children aren’t good reporters and it’s hard for adults to put the pieces together in order to figure out what’s wrong.  Sometimes, there are rare or new medical conditions which your medical provider is still learning about.

But often, according to new findings reported in the August 2013 issue of Pediatrics, anxiety is the trigger for FAP.

In this study, about half the young adults who had FAP as children developed anxiety disorders, compared with twenty percent of the control group. The risk of anxiety continued into adulthood even when the pain had disappeared.  This suggests anxiety is causing stomachaches in children with FAP instead of the stomachaches causing anxiety. Forty percent of the children with FAP went on to experience depression, compared with sixteen percent of those who had never had these stomachaches.  None of these children ever saw a psychologist.  If they had seen one they might have had a chance to learn coping skills to help with anxiety and depression. 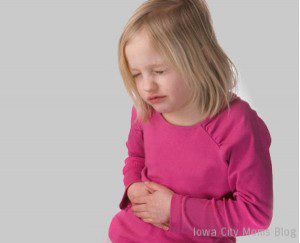 I’m a parent of a child with frequent stomachaches.  I understand how stomachaches can seem to come out of nowhere, often ruining family plans, fun events, or an afternoon at school.  I understand the frustration of not being able to connect your child’s pain with an event, a food, or an illness.  It’s my belief that my son will have to manage these concerns for most of his life.  It’s also my belief that many of the treatments that exist for anxiety, such as conscious relaxation and biofeedback, have helped my son manage his stomachaches a great deal.

I’m not sure the standard treatment of encouraging him to continue with daily activities despite the pain worked very well for him.  Nor do I believe that those options work well for many children.  Not all children can tough out a stomachache without social, academic, or emotional consequences.  If your stomach hurts, it’s hard to concentrate, run around outside during recess, or enjoy yourself hanging out with friends.  If a child tries but fails in these situations, he can end up in a worse place than he was when he started.  He’ll probably end up doubting himself or get depressed, especially if everyone around him expects him to be able to function the way he would if he didn’t have a stomachache or to just get over it.

The good thing about this new study is that it brings awareness to the fact that many medical disorders co-exist with emotional concerns.  Our brain and our body are connected.

What should you do if your child has frequent stomachaches? Children with stomachaches should be screened for anxiety and depression by a qualified mental health professional, such as a child psychologist.  A child psychologist can also help her get some control over her stomachaches.  Your child can be taught how to identify what triggers her discomfort, not just in terms of the food she eats but also in terms of the events in her daily routine, such as potentially stressful situations like the beginning of the school year or piano recitals.

Another way a child psychologist can help is by teaching your child to relax and manage her pain better.   Children can be taught to find tension in their bodies and relax these muscles.  They can also be taught to minimize their pain through biofeedback, relaxation, and deep breathing.  My son religiously used a small handheld biofeedback device with great success.  It didn’t necessarily prevent his stomachaches, but it helped him feel more in control of them and decreased their intensity and duration.

Because many children with stomachaches tend to be nice children who are concerned about doing their best, they can also be taught skills that help them better understand the relationship between their thoughts and feelings and their physical health.  (The professional teaching of these skills is called Cognitive Behavioral Therapy, or CBT.)  For example, if a child starts to get a stomachache and she tells herself, “My stomach really feels bad and there’s nothing I can do,” she’ll probably have a more difficult experience than a child who says, “I have a stomachache, but if I can relax and take a break I’ll feel better.”  There have been a number of studies that carefully document the power of CBT to reduce the frequency and intensity of stomachaches.

We all have miraculous bodies, in which the brain and body communicate and influence one another.  It is this connection that gives us the rich experiences we have in the world.  When our children have stomachaches, it’s important for us to honor this connection and provide our children skills that foster their emotional strength, support them in their own journeys with their bodies, and give them skills to “boss back” the pain and reclaim their lives.  In time, with a plan and some skills, the stomachaches may come to feel like an ordinary bother instead of something that takes over your and your child’s life.  Who knows?  When your child feels more in control, stomachaches may be so far from her mind that changes like school starting will no longer be a trigger. 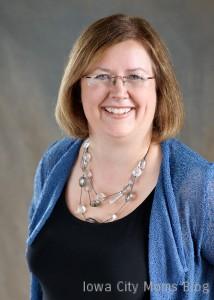 Dr. Anderson been a child psychologist for over 15 years. She has had the pleasure of working with many wonderful children and families.  She is the owner of Hope Springs Behavioral Consultants (which will soon be relocating to the Performing Arts Center in Coralville).  She is a parent of two elementary school boys, as well as a wife, dog-owner, and writer.  She has a blog on her practice’s website, www.hopespringsbc.com, and is also writing a book for parents on how to survive children’s stomach issues, entitled, Mom, My Stomach Hurts.  She prides herself as a life-long student, and tries to learn something new every day. 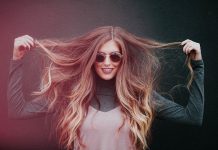 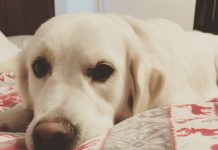 Shop or Adopt? Acquiring a Dog Can Be A Polarizing Issue 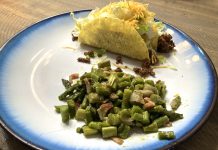