As moms, we almost always have our kids in mind when making decisions.  What kind of snacks should we buy? What type of mattress should they sleep on? Which sunscreen is the best?

If you answered no to the above, you’re not alone.  Thankfully, the Iowa Renewable Fuels Association is here to help!  For the month of October, breast cancer awareness month, the IRFA is going “Pink At The Pump™”, and for every gallon of E15 (the pink nozzle) purchased this month, participating retailers will be donating 3 cents to National Breast Cancer Foundation AND The Hormel Institute.   That is amazing, isn’t it??  So when you’re filling up your tank, consider choosing the pink nozzle, not only for the environment, but to contribute to an amazing, amazing cause for women across this country.

To learn more about the details, you can visit www.IowaRFA.org/PinkatthePump, and check out this awesome list of reasons to always use E15 in your vehicles, not just this month!

So, there you have it, mama friends!  If your little ones are on your mind when you’re at the pump (which I can almost guarantee they will be!), consider picking up the PINK nozzle, especially during the month of October!

This is a Sponsored Post.  ICMB is proud to partner with the Iowa Renewable Fuels Association in their efforts to support breast cancer awareness and to help moms and women across Iowa and the U.S.! 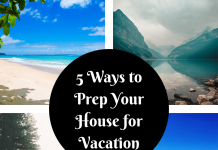 Taking a Trip? 5 Ways to Prepare Your House for Vacation 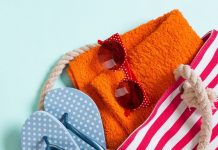 What to Pack: Summer Bag Essentials 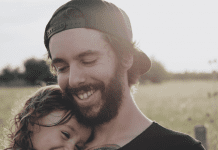 Guide to Starting Kindergarten in the Iowa City Area

brenda - July 20, 2021 0
Starting kindergarten can be daunting for both students and parents. When my oldest started Kindergarten, I remember a lot of information coming in quickly...