My oldest (8) has always been known as a social butterfly. Just like my husband and I, it comes naturally to her to spark up conversation and to make friends. So of course we weren’t worried (too much) when she started the 2nd grade at a new school. We were living in a new country with a new language, but our daughter would be attending an American School where my husband and I both teach. We knew that there’d be first-day-of-school jitters. What we didn’t foresee was that these jitters would turn to loneliness and continue for an entire month. Which, to an 8-year-old and a worried mama, can feel like an eternity. 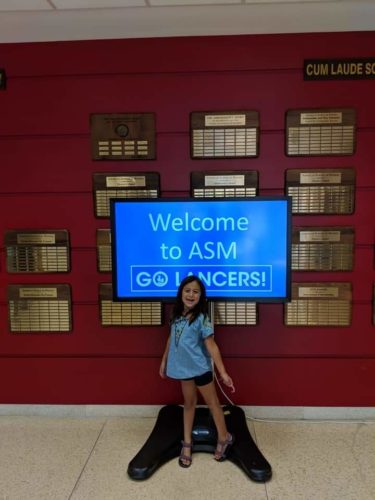 She began to feel lost and slowly started to put up a wall. She came home feeling defeated and of course homesick of “what once was”. She slowly began to feel like an outsider, and my very social girl became closed off at school socially. Instead of approaching kids and asking them to play she decided that it would be “easier” to just play solo or to stay close to the teacher.

As a mom, I felt helpless.

Fortunately our school has ASA’s – After School Activities. These activity clubs start in October of every year and give students opportunities to extend their learning and socialization in an array of interests. It also is an opportunity for students to connect with kids in other classes and grade levels. Kids can choose up to four, one each day after school. So we encouraged her to select as many as she wanted based on her personal interests as well as suggestions from her teacher. Just like the first day of school, she was nervous and anxious at the beginning. And so were we.

Each day she came home excited and happy instead of sad and confused. She was having fun at her ASA’s AND meeting kids with similar interests. She finally felt like she belonged and that she was making connections. After a few days she had become friends with a small group of girls that she felt most comfortable with, and this friendship continued throughout the entire year.

As many students return to school this year, several will be beginning at a new school as a new student. Although it can be scary, sad, and frustrating for parents to watch their child struggle, there are ways to get through it and to be able to discuss these challenges with your child. Besides the ASA’s, there were a few more ways that helped us with this transition. Below are some of the areas that worked for us.

6 Ways to Support Your Child through School Transitions

Our daughter didn’t approach us at first about her feelings. We noticed a change in her attitude and overall interest in school. Instead of asking, “How was school?” we asked very specific questions such as, “What did you play at recess today?” “Who did you eat with at lunch?”

We wanted to make sure that it wasn’t just us that were seeing a change in our daughter. By contacting the teacher we were learning that she was singling herself out from the class. She heard our concerns and tried to match our daughter up with other students in the class that had similar interests.

Ask your child the names of students that they feel most comfortable with. Sometimes kids are too shy at the beginning and struggle to make connections. Sometimes they need a separate space outside of school to begin the friendship.

Without being too pushy we wanted to make sure that she felt comfortable discussing her worries with us. We allowed her to lead the conversation while we simply listened and guided her when she asked for advice.

This can be sports, clubs, or after school play dates. This is a great way for kids to gain confidence and meet other kids with similar interests.

We always made sure to keep our emotions out of the discussion. We never let on that we were concerned. We didn’t want her to see our concerns to add to her worries. Also know that it takes time. 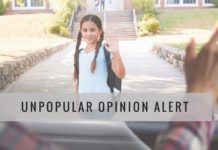 Unpopular Opinion Alert: I Think It’s Ok To Come To A Complete Stop in the Car line 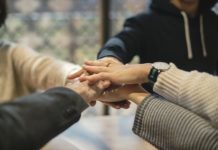 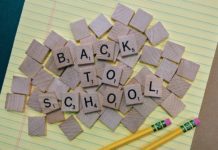 A Back-To-School Routine: Morning, After School, and Weekends