Do you remember, before you had kids, you heard the rumors about the “terrible twos?” I sure did. And they sounded, well, terrible. So, as my first born approached the age of two I was geared up for it. I was ready. And then…not much really happened! Yeah, she threw a tantrum now and then and started to assert her opinion here and there. But on the whole, two wasn’t so bad. I started to think maybe we just lucked out and would breeze right through those terrible twos and it would be smooth sailing from there on out.

And then three happened. And the “terrible-ness” reared its ugly head.

I’m currently going through the “threenager” phase for the second time with my son, so of course now I’m an expert on raising a three-year-old. Except I’m not. I’m still just trying to get through it one day at a time and have come up with some tips for you if this is your first time experiencing the joys that come with living with a three-year-old.

And by joys I mean the horribly frustrating stress. 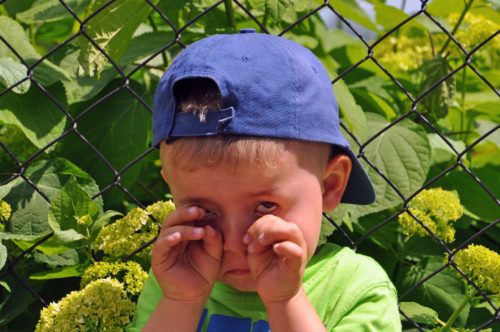 DO: Get used to poop.

With potty training comes the inevitable poop-in-pants types of accidents. But I’m talking about the word “poop” and the hilarity it provides to all three-year-olds. You’ll eventually have a great appreciation for the myriad ways “poop” can be worked into a conversation, song, joke, etc. Oh, and you might as well get used to all bodily function noises (both real and fake), too.

DO: Get used to tantrums, because they WILL happen, a lot.

And they will happen for no apparent reason. Often, they will end as suddenly as they began, leaving you wondering what on Earth just happened.

DO: Learn, memorize, and perfect exactly how your three-year-old likes his food prepared and presented, and make sure you do it exactly how he wants it.

At about the time you get it all figured out, he’ll decide he hates it that way. This will often occur at the same time that he decides he no longer likes chicken nuggets which have been your go-to meal for two-and-a-half years.

DO: Secretly cheer when your three-year-old gives his big sister a taste of her how medicine.

Then immediately go into referee mode, because that means they will inevitably start arguing and fighting.

DO: Work on speed drills.

You need to improve your reflexes to block all manner of objects he throws through the air and straight towards your head. While simultaneously grabbing him as he speeds past trying to get away.

DO: Memorize your child’s favorite book that HAS to be read every night before bed, which also happens to be your least favorite book.

Once memorized, you can easily recite said book while secretly plotting the best hiding place for it so you never have to read it again.

DO: Have a glass of water ready at bedtime.

Just as you’re about to close the bedroom door, he will suddenly be DYING of thirst and will need another drink of water RIGHT NOW!

DO: Be prepared to either be your child’s favorite parent or not.

I won’t say it gets easier, because quite frankly, I’m not sure it does. But it WILL get DIFFERENT.

Those of you who have experience with three-year-olds, what words of advice do you have for those who are about embark on this journey? 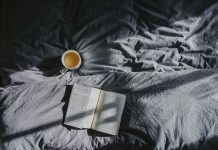 Free to Read: How to Access Public Library Resources from Home in the Corridor 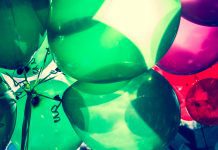 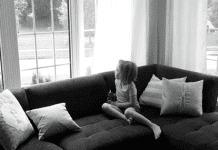