With so many events and plans canceled, even those of us continuing to work outside the home likely have extra time on our hands. At the same moment, it may prove difficult to focus in the face of so much anxiety and uncertainty. Try reading one of these books, which I can’t tell you will be light and fluffy and will suck you in and keep you turning pages so you can escape for awhile and think about something else. 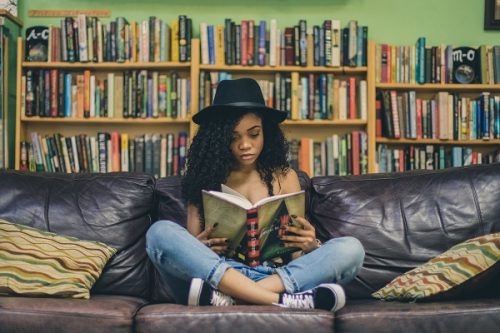 Gone Girl kept me glued to the couch for five straight hours, shoveling in food from a plate balanced on my lap while I held the book in my other hand. Since then, I (along with every publisher on the planet) have been searching for the next female-driven thriller that keeps me glued to a chair until my butt falls asleep. To be honest with you, I haven’t found anything yet quite that good. But a few titles come close:

We Were Liars by E. Lockhart

This is a good summery, beachy read in that it’s about a group of privileged teens who summer on a private island. There’s a classic thriller scenario involving amnesia and a mind-blowing twist ending. I don’t want to say more and give away any juicy bits!

D.C.-area teenager Claudia’s best friend, Monday Charles, suddenly stops responding to phone calls. Claudia begins digging into her disappearance, and is disturbed by Monday’s mother, who won’t give a straight answer. The police don’t seem interested, so it’s up to Claudia to uncover the truth about Monday’s disappearance. This books is told in non-chronological order, which keeps you guessing until the very last page.

See also: The Wives by Tarryn Fisher, The Wife Between Us by Greer Hendricks, and Before She Was Helen by Caroline B. Cooney.

I like true crime that is not about women being gorily murdered. I also like any book that features a slow, dawning realization of creepiness: things begin to seem “off,” people are acting weird, and then all of a sudden your mind is completely being messed with.

The Less People Know About Us: A Mystery of Betrayal, Family Secrets, and Stolen Identity by Axton Betz-Hamilton

In the 1980s, Betz-Hamilton’s family are the victims of elaborate and ongoing identity theft that ruins them financially and creates emotional dysfunction because the specter of the thief is always hanging over them, disrupting everything they do. Betz-Hamilton becomes an identity theft expert as an adult and begins to dig into her family’s past, unearthing some creepy, long-held secrets. This book is a testament to the statement that you can never really know someone, and a fascinating examination of identity theft in a pre-Internet age.

American Fire: Love, Arson, and Life in a Vanishing Land by Monica Hesse

Why did a dude named Charlie Smith set sixty-seven fires over a short period of time in a small Virginia town? Hesse focuses both on answering this question and widens the scope to reveal how the string of unexplained fires destabilized an entire fragile community. She discusses the history of this once-thriving coastal town and how it has declined in the face of a tumbling economy, examines the major flaws in arson investigation that have never been changed and instead continue to plague law enforcement, and takes the reader through the motives and timeline of the crimes minute-by-minute.

There There by Tommy Orange

This novel is unique in that it centers the experience of urban Native Americans (living in Oakland, California, specifically). Told from twelve different perspectives, the stories of each of these individuals will converge at the big Oakland Powwow, in an explosive and shattering ending. Orange (Cheyenne and Arapaho) gives a fast-paced, compulsively readable narrative populated by sympathetic characters.

Behold the Dreamers by Imbolo Mbue

This book tells the story of Jende Jonga, a Cameroonian immigrant who works as a chauffeur for Clark Edwards, a senior executive at Lehman Brothers just before the economic collapse of 2008. Jende Jonga is living in Harlem with his wife and young son, and their lives become increasingly entwined with – and their fates increasingly tied to – that of Clark Edwards and his family. I am fascinated to know how anyone who’s not rich can eke out an existence in New York City, and we all know what happened to Lehman Brothers in 2008, so this book is sad and kind of sickening as you ride the roller coaster along with Jende Jonga, trying to make a better life for his family in an unforgiving time and place. 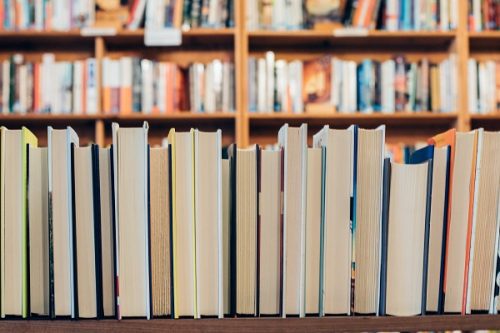 My serious qualms about using this term aside – when men write about parenting, family, and marriage it’s not called “men’s fiction,” it’s just called “fiction” – I merely want to delineate this category as one in which I recommend books by women about issues important to many women. It’s not that the following books are suspenseful, it’s that they are so relatable and such a pure delight that you won’t want to stop reading.

A Window Opens by Elisabeth Egan

I read this book on vacation a few years ago, and I was sitting on the porch of our yurt at sunset with – I kid you not – a view that included a mountain range to my left, an array of canyons to my right, and a sagebrush prairie straight ahead, and I only occasionally peeled my gaze up from this book to admire the sunset-soaked view. You know how there are books about women trying to “have it all” and the protagonist forgets school picture day (“ha ha, I’m a bad mom!”) and judges the PTA moms and is cynical, and they’re supposed to be funny and self-deprecating, but really they’re just kind of cringey for privilege-related reasons? Well, in this book the protagonist juggles a new job and parenting and caring for aging parents and being self-conscious, but it actually is funny and relatable and self-aware.

Confession: I’ve never read Pride and Prejudice. What I have read is this hilarious modern retelling of the classic book, in which four adult sisters rush home when their father has a health scare, and we get to laugh while their family behaves dysfunctionally and their lives descend into ridiculous disarray. It’s well-written and insightful with so many razor-sharp observations about life, and I think I laughed out loud more times than I ever have while reading any book.

Dystopian fiction may hit a little too close to home right now, but if you can stomach it, it certainly is page-turning! If not, read a book about climbing Mount Everest, something you’re probably safely removed from in real life.

A massive drought in California leaves suburbanites suddenly scrambling to get enough water to survive. The teenage girl protagonist and her younger brother get separated from their parents (natch) and end up wandering through the wildfire-ravaged countryside in search of water.

In this strange, haunting book, a troupe of traveling Shakespearean actors roams the country, bringing hope to desperate survivors of civilization’s collapse through their performances.

See also in this category: The Martian by Andy Weir (about an astronaut trying to survive alone after being abandoned on Mars) and Into Thin Air: A Personal Account of the Everest Disaster by Jon Krakauer (about the deadliest season in Mount Everest climbing history).

Boss Life: Surviving My Own Small Business by Paul Downs

Okay, this book is about a year in the life of one man’s custom furniture business, which I know doesn’t sound like the definition of “un-put-down-able,” but I promise it is. The riveting aspect comes because Downs has to hustle every minute of every day to stay in business – he has to employ massive amounts of creativity, make really tough decisions quickly, and come up with new ideas constantly. I couldn’t wait to find out how Downs would fight his way back from every new setback described in the book and how his business would manage to survive another day as he barely turned a profit. 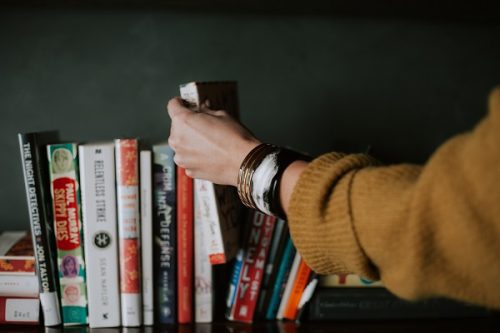 What have you read during quarantine that you couldn’t put down? 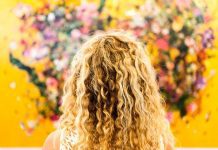 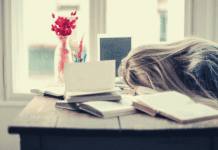 Women with ADHD, Part 1: Getting Diagnosed as an Adult 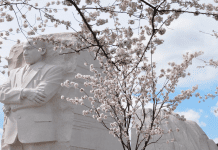