September 15, 2020, marks the beginning of what I call Latino Heritage Month, but also known as National Hispanic Heritage Month.

As I reflect,  I feel like this year I’ve finally come into my own in embracing what it means to me to be Latina. In many ways, it almost felt necessary as certain terminologies and practices seem to erase Latinos from mention. If one issue really stood out to me during this period of self discovery, it’s the lack of awareness of Latino history and historical figures.

Even for myself, I was largely unaware of important Latina figures until this past summer.

In my home, we embraced white culture in an effort to protect us from hate and intolerance. Standing out was simply not an option and that included being proud of a history I didn’t know. Latino heritage classes and materials are almost non-existent in our local schools, so my opportunity to learn through the school system was absent. I went through 1/3 of my life not knowing those who have defied the odds so that I could achieve the same or even more.

I knew that needed to change, and that change started with me.

This summer — better late than never — I poured myself into research of my own. During my research, I came across many remarkable Latina women who are pioneers of change and have made positive contributions to the world we live in today.

For me, it was eye-opening. I was amazed to find so many strong Latinas throughout history. Instantly I resolved to teach my daughter about them. I hope stories like those I’ve included here will inspire her to find strength to make a mark on the world as a Latina.

I’m starting with my daughter, and passing to others in hopes more will learn about the struggles, triumphs, and achievements these strong women represent. I also resolve to fight so that someday, my history, will be taught as equally as others. That Latinas will grow up learning their history and knowing, without question, they belong.

10 Empowering Latinas You Should Know

About: Mendez is a civil rights activist. In California, those of Hispanic and Latin descent were not allowed to attend schools designated for “whites.” Instead they were sent to “Mexican schools.” Mendez was one of those denied enrollment to a “white” school, which led to her parents filing a lawsuit for her right to attend school as an equal. At the age of eight, Mendez played an instrumental role in Mendez v. Westminster. That case was a landmark desegregation case in 1947 that successfully ended de jure (by choice) segregation in California and would pave the way to end the era of segregated education for others. On February 15, 2011, Sylvia was awarded the Presidential Medal of Freedom, the highest civilian honor given in the United States.

About: Ochoa earned her bachelor’s degree in physics from San Diego State University (1980), master’s in science degree (1981), and doctorate in electrical engineering (1985) from Stanford University. In 1990, Ochoa was accepted into the NASA space program, became an astronaut in 1991, and on April 8, 1993, was the first Latina to fly into space aboard the shuttle Discovery on a mission to study the Earth’s ozone layer. Ochoa completed four total space missions during her NASA career, totaling 1,000 hours in space. In 2013, Ochoa again made history when she became the first Latina director of the Johnson Space Center.

About: Huerta co-founded, with Cesar Chavez, the National Farm Workers Association. This association would eventually become the United Farm Workers (UFW). The UFW worked to unite farmers into a union that would fight to protect their rights. Huerta also coined the term “¡Sí, se puede!” in 1972. This rallying cry was later used in President Obama’s 2008 campaign and can still be heard today. She is a labor leader and civil rights activist that advocated for immigrant and women’s’ rights. She has been awarded the Eleanor Roosevelt Award for Human Rights and the Presidential Medal of Freedom. She still fights for justice to this day via the Dolores Huerta Foundation.

About: Quintanilla was a singer, songwriter, spokesperson, model, actress, and fashion designer. She was best known as “The Queen of Tejano” and helped put Latin and Tejano music on the map. Her contributions to music and fashion made her one of the most celebrated Latinas in the late 20th century. She won several awards including a Grammy (1993) and a Gold Record (1994). Her life ended tragically in 1995, but she still inspires young Latinas today. A major motion picture featuring the story of Quintanilla’s life was made in 1997, and this fall, Netflix will debut a series chronicling her coming of age and chasing her musical dreams.

About: Sotomayor is the third female and first Latina justice to sit on the U.S. Supreme Court. Raised by a single mother in the Bronx, Sotomayor went on to earn a scholarship to Princeton University and graduated summa cum laude in 1976. She then went on to earn her law degree from Yale. Sotomayor served as an assistant district attorney in 1979, which paved the way to her becoming a U.S. District Court judge. In 1997, Sotomayor made her way to the U.S. Court of Appeals for the Second Circuit. In 2009, she was nominated by President Obama to serve on the U.S. Supreme Court. During her time as a justice, Sotomayor has built a reputation of advocating for criminal justice reform and women’s rights.

About: Mendieta fled her country of Cuba and the Castro regime to Dubuque, Iowa, when she was 12 years old. She attended the University of Iowa and earned her MFA in 1972. The focus of Mendieta’s artwork during her bachelor’s was showcasing the midwest’s scenic landscape. In 1973, Mendieta was deeply affected by a fellow classmate’s brutal rape. That event influenced her subsequent work of using the female body within nature as seen in her Silueta Series.

Mendieta’s life ended tragically in 1985 when she fell from her 34th floor apartment in New York City where she lived with her husband. Although there is controversy surrounding her death, with her husband’s acquittal, it does not overshadow the impact she made for female artists in the 20th century. In 2009, Mendieta was posthumously awarded the Lifetime Achievement Award by the Cintas Foundation.

About: Ros-Lehtinen was born in Cuba and immigrated to the United States when she was eight year old, fleeing the Castro regime. Ros-Lehtinen attended Florida International University and earned her Master’s degree in Education. Ros-Lehtinen was elected to the Florida House of Representatives in 1982 and then to the Florida Senate in 1986, becoming the first Latina to serve in either body. In 1989, Ros-Lehtinen became the first Latina and first Cuban American to serve in the United States Congress in the House of Representatives. In 2011, she became the first female to manage a regular standing committee — the committee on foreign affairs. During her career she has fought for women’s rights, while breaking barriers herself, and continues to advocate for women in the military, education for all, and marriage equality.

About: Moreno has built an award-winning career spanning over seven decades in television, film, and theater. Moreno is most famous for her role as Anita in the film adaptation of West Side Story (1961). In 1993, she performed at President Bill Clinton’s inauguration. In 2019, Moreno was recognized for her achievements as the first and only Latina to have won a Peabody, Emmy, Grammy, Oscar and Tony (PEGOT).

About: Born in 1889 as Lucila Godoy, she wrote her poetry under the pseudonym Gabriela Mistral. Her life experiences inspired her lyrical poetry with themes of tragic love, childhood, piety, sadness, bitterness, and politics. In 1945, she became the first Latin American female poet to receive the Nobel Prize in Literature. Her works include Sonetos de la Muerte, Desolación, and Ternura.

About: Rivera, a transwoman, was a pioneer activist for the  LGBTQ+ community and fought for trans rights. Rivera partnered with Marsha P. Johnson to create the Street Transvestite Action Revolutionaries (STAR) in 1970. STAR provided help for trans individuals who were living on the streets in New York. In the 70’s she organized many gay rights protests in New York City. Rivera’s legacy lives on through the Sylvia Rivera Law Project and Sylvia’s Place, both work to provide safety and rights for the LGBTQ+ community. Her life is honored in the musical Sylvia So Far.

These are just some of the amazing Latinas who have broken barriers and affected positive change. I hope this post helps inspires continued learning about Latinas past and present, who have and are working toward a better future for the Latinx community.

Hopefully, it will also garner support for more Latino history being incorporated into the education system. We deserve to learn our history as much as any one else — not just during heritage month – but as often as the opportunity presents itself.

September 15, 2020, marks the beginning of Hispanic Heritage Month. The observation started in 1968 as Hispanic Heritage Week under President Johnson and was expanded by President Reagan in 1988 to cover a 30-day period starting on September 15 and ending on October 15. It was enacted into law on August 17, 1988, on the approval of Public Law 100-402. The purpose of the month is to celebrate the histories, cultures, and contributions of American citizens whose ancestors came from Spain, Mexico, the Caribbean, and Central and South America. 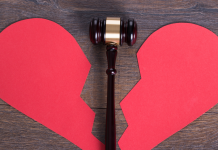 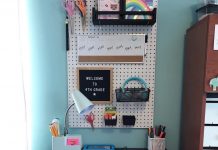 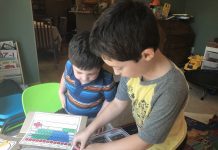 Guide to Swimming and Safety in the Iowa City Area During...