“How many kids do you have?”

It’s really an innocent question, but one I always struggle to answer. I’m a mom to three little boys; two of them are earth side and very much alive and active and my first son passed away when he was 7 months old. Depending on how well I know or will know the person, I may say two children or three. Either way, I feel like my answer needs some sort of footnote or notation. If I answer three kids, I prepare to see “the look” on the other person’s face; shock, pity, or sadness when I say my first son passed away. If I answer two kids, then I feel horrible because what kind of mom omits her kids? I’ve also had a miscarriage, and I’m ok with opening up about that but I also know society doesn’t really talk about it.

As time goes on, I feel like I don’t have as many opportunities to share about my sweet angel babies. It’s not that I don’t think of them, but it seems like our society tends to put an expiration on grief and after a while people think you should be over it. In reality you never really get over it because a parent never stops loving their child.

My son’s name is Mason. He was my first baby, born in March 2016. He was a perfectly healthy little boy. Fuzzy, straight blond hair, navy blue eyes, and the most adorable gummy grin. Even at only 7 months old, his goofball personality came through. He was quite the pro at blowing raspberries and making all sorts of crazy sounds to get a reaction out of people. Often when I’d burp him after his bottle, he’d blow a slobbery raspberry on my shoulder and he’d look at me and then just laugh his cute little belly laugh. I miss that laugh so much. He was such a smiley baby, but whenever I’d try to take a picture of him the smile would typically melt away into a more stone faced or poised expression until picture time was over and then his grin would reappear. He loved his stroller rides and being outside. He had no patience for hunger and would not settle until he was full, even if all he needed was just a half an ounce. He never cut his first tooth, but with the amount of drool and bibs changed multiple times a day we expected a tooth any day. He was so close to figuring out how to crawl, but he had mastered rolling to wherever he wanted to be. We have pictures of him in his Chicago Cubs onesies as we rooted on the Cubbies during the season all the way until they won the World Series. Yes, in his short life the Cubs won the world series. He was such an easygoing baby and we could take him anywhere. I felt so lucky and blessed to have such an amazing little boy. 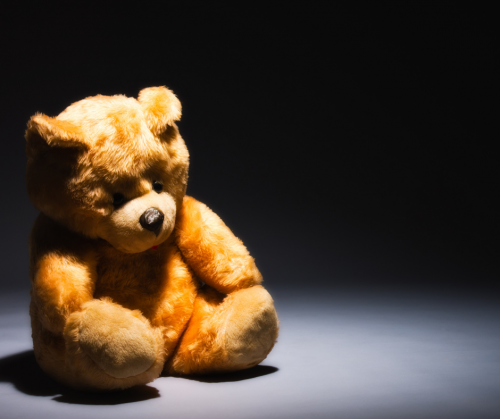 Then, on November 4, 2016, I received a call while at work. Mason hadn’t woken from his nap. My sweet little baby that was rolling around and giggling earlier that morning was somehow gone. Little did I know that  “I love you, buddy-boo. Daddy’s going to pick you up later. I’ll see you when I get home from work” would be my last words to him.  I still remember the outfit he was wearing. I have his bright yellow socks he was wearing that day in a small silk pouch packed away in a trunk with his other special items.

It’s every parent’s nightmare, but there was no waking up from it. The shock when the doctor tearfully told me Mason had peacefully passed in his sleep, holding his body that felt simultaneously familiar and foreign, the unnatural empty feeling when leaving the hospital without my son, coming home to a quiet house with his things still there, planning a funeral for my baby when earlier in the week I was thinking about what to get him for Christmas and imagining his first birthday. Nothing can ever prepare you for the deep and unending grief, the heartache, or the emotional triggers. When life gets rough, the advice is to take things day by day, but when something really tragic happens even going hour by hour is overwhelming.

A few months later, I found out I was pregnant again. It was nerve-racking, but for the first time in months I felt hope again. Unfortunately, it was not meant to be. At my first doctor’s appointment there was no heartbeat and later during the weekend I would miscarry. Two days after that heartbreaking appointment was Mason’s first birthday. That same week, we finally received Mason’s autopsy report. His cause of death was labeled undetermined. Life felt like it couldn’t get much worse.

Luckily, soon after the miscarriage I got pregnant again and gave birth to my rainbow baby boy in January 2018, followed by another boy in January 2020. Pregnancy and parenting after loss is definitely a different experience. Physically the pregnancies were fine, but mentally and emotionally I was just waiting for the the next thing to go wrong. I always describe it as the scariest and bravest thing I’ve ever done.

Now, nearly four years later I still think about Mason and that other baby all the time. I still have triggering moments. Some of them are expected, like his birthday and angelversary. Seeing an ambulance with sirens blaring still gets to me. Holidays are hard. Mason never got to celebrate Thanksgiving, Christmas, or Easter. Mother’s Day and Father’s Day always sting, even though I now have two boys here. Halloween is bittersweet because it was his last holiday. He was dressed as a tiger while my husband and I dressed up like we were going on a safari and we had one of our last family photos. I always wonder how family trips or vacations would be different if he was still here. What would be his favorite things or activities? I feel triggers when my living children hit milestones that Mason never reached: crawling, first tooth, hearing “mama” and “dada”, celebrating a birthday. I cried each time when my living babies reached 7 months 6 days (the same age as Mason) and felt so grateful that I could put them in the crib that night because that was the night Mason didn’t get to come home. There will also be the future triggers. Next year he would be starting kindergarten. I’ll never get to take his first day of school pictures, watch him play t-ball, or see him graduate. And of course I think about my babies when I’m asked how many kids I have.

One thing I’ve learned on my journey is that eventually grief and joy can coexist. Mason’s presence is still felt in my life. I see it when his little brothers are together sharing a sweet moment and I get a glimpse of the brotherly bond he would have had with them. I see it when my boys play with some of his toys and read his books. His presence was with us when my boys were christened in the same baptismal gown as their brother. Hearing my toddler say “Mason” when he sees Mason’s pictures around the house is one of the sweetest sounds. I also love hearing other people talk about or mention Mason. It brings me joy that he’s remembered. I think of him when I see butterflies because every day during the summer months one crosses in front of me or flutters in front of my windshield and it happens enough that it no longer seems like a coincidence. Whenever a friend has a baby I gift a copy of “B is for Bear” since it was one of his favorite books and it’s a way I feel like I can keep Mason’s memory alive. I feel awe when I go to the cemetery and see all the beautiful and colorful flowers and decorations at all the headstones to celebrate and honor so many departed loved ones. It’s a reminder that even death can’t stop love.

Child loss is not something you get over or move past, but you learn to move forward with it. Grief has become a familiarity in my life and I’ve accepted the fact that it will always be there. After all, grief is actually love. 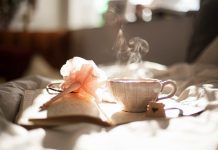 Soft Skill of the Year 2020: We Could All Practice Our Empathy More 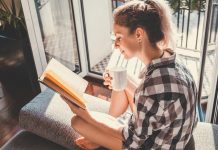 You Only Live Once: Use the Fancy Lotion 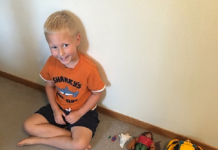 12 Hours in the Life of a Local Mom: Homeschooling, Work, and a Biopsy, Oh My!