Inauguration Day is January 20, which falls on a Wednesday in 2021. This can be a great opportunity to learn about our nation, watch history in-the-making, and celebrate together as a family. Here is a list of fun and educational ways to celebrate Inauguration Day with your children, including what to watch, what to read, what to wear, foods to eat, and games to play!

Note: Many leaders are preparing for and expecting protesters and unrest. If you choose to watch live events, be prepared for that possibility, keeping your children’s ages and developmental levels in mind. Recording and watching it delayed is one option.

Inauguration Day With Kids: What to Watch, Read, Wear, Eat, and Do

What is Inauguration Day?

Before the festivities begin, watch this short video explaining what Inauguration Day is all about.

Lady Gaga and Jennifer Lopez will both perform at the inauguration, with Gaga singing the national anthem and Lopez giving a musical performance.

Normally, there would be an Inaugural Ball in the evening after the Inauguration. However, due to COVID-19, this tradition will be replaced by a prime-time television event at 7:30 p.m. Wednesday, hosted by Tom Hanks and featuring celebrities including Justin Timberlake, Demi Lovato, Ant Clemons, Jon Bon Jovi, Foo Fighters, John Legend, and Bruce Springsteen, who will perform from locations across the country.

With your kids, read through the oath that the Vice President and President will say. Look up the definition of any words they don’t know, and discuss what it means to make an oath.

“I do solemnly swear (or affirm) that I will support and defend the Constitution of the United States against all enemies, foreign and domestic; that I will bear true faith and allegiance to the same; that I take this obligation freely, without any mental reservation or purpose of evasion; and that I will well and faithfully discharge the duties of the office on which I am about to enter: So help me God.”

Get decked out in as much red, white, and blue attire as you can find! Take a photo and tag us @iowacitymoms!

What’s a party without a themed menu?!

Download and print these workbooks for school-aged kids between kindergarten and sixth grade. Activities, lessons, and games are not only fun and educational, but they can make great keepsakes, too.

As you watch the Inauguration, make it more interactive by looking for these key elements in a game of Inauguration Day BINGO. 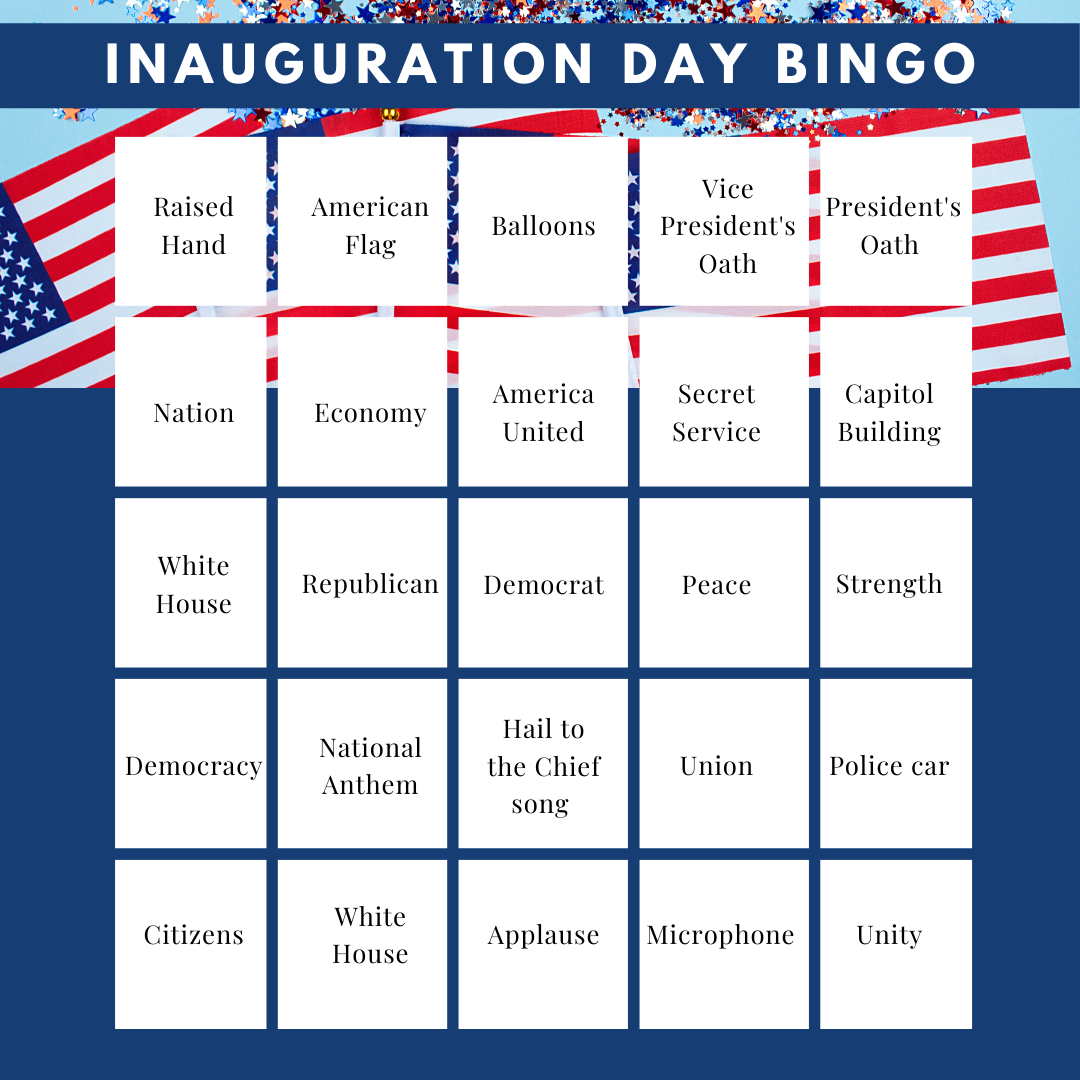 Current events such as Inauguration Day can be a great way to learn, explore, and celebrate along with your kids! Have fun! 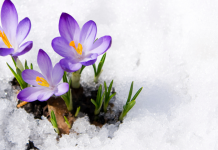 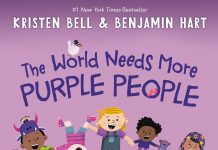 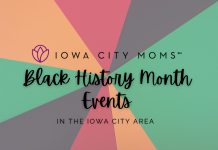