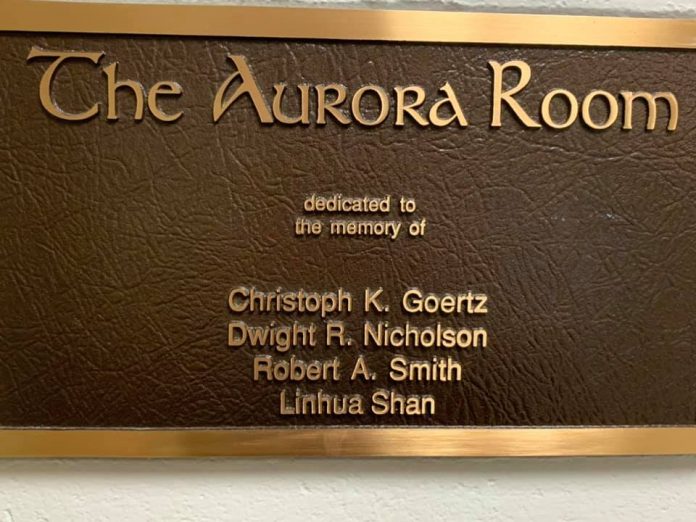 These days, if there’s even a hint of danger, I’ll receive a text from my kids. “We’re being evacuated.” (Bomb threat at West High in 2018.) “Something happened with our bus. Can you come to get me?” My kids, even the one four hours away at college, are constantly in touch with me. 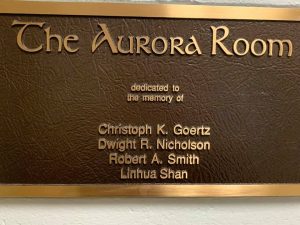 That was not the case during my own college days, in the early 1990s. Not many people had portable phones; phone numbers themselves were fleeting. My freshman year phone number belonged to my room in Currier Hall, not to me. I didn’t even have an answering machine. It was a much less connected time.

November 1, 2021, is the 30th anniversary of the shooting event that took seven lives at the University of Iowa. Some people in Iowa City don’t know about this tragedy. The current traditional students were born in the 21st century. They’re a post-Columbine generation, a generation which has, terribly, grown all too used to gun violence.

I want to share what I experienced that cold first day of November 30 years ago when I was a freshman at the University of Iowa.

The facts are these:

The Hawkeye football team was playing an away game that weekend. If it had been a scheduled home game, I would have had marching band practice that afternoon, but I did not. I had a free afternoon and my Currier Hall dorm room to myself; my roommate must have gone home.

I can look at my college transcript now and have no memory of some of my classes. Apparently, I took Latin dance. Other classes I remember, but not the specific semester, or classroom, or time of day. But I will always remember that on Fridays of my freshman year I had two classes: a basic math class in Van Allen Hall—the only class I ever had in that building—and a Russian class in Jessup Hall. Phil Kuzco taught the math class, a basic overview of math for students in the Unified Program. Ray Parrott was my Russian professor.

I am not trying to steal the valor or pain of anyone who had a closer connection. I only know that as humans, we have a tendency to center ourselves in our narratives.

“I was right there,” we tell ourselves, even if it was hours or days later. Van Allen was the site of the first shootings, of Goertz, Smith, Nicholson, and Shan. After taking those lives, the perpetrator walked the three blocks from Van Allen, on the corner of Dubuque and Jefferson streets, to Jessup Hall on the Pentracrest. That’s where he took the final life, as well as his own, as police surrounded the scene.

It was the day after Halloween, of course. I don’t remember celebrating Halloween, but I do have a picture of myself from that year, in the hallway of Currier Hall, looking vaguely like a cowgirl. It might have been a costume. I hadn’t yet met my core group of friends, but I was friendly with the girls on the floor. We all had our doors open, trying to keep up with information. Rumors flew. Someone was friends with a physics major; did she know?

The most bizarre personal event of that whole evening, as I watched TV and tried to make sense of what was happening, was that I received a phone call trying to get me to change my long-distance carrier. I told the person on the phone that I was in a dorm room, and therefore not really able to choose my own long-distance carrier, but they insisted everyone had a choice. “Iowa Nice” and “Freshman Clueless” somehow led me to think that it would be easier to say, “Yes, switch me to AT&T” than to just hang up. I remained on the line while the customer service rep went to her supervisor for an interminable length of time, wishing I could get back to watching the news coverage.

The memorials on campus still stand. The T. Anne Cleary Walkway by Gilmore Hall and the Tippie College of Business. The plaque in the physics department in Van Allen. The pain of those who knew and loved those who were gone. The memory carried on by the faculty, students, and staff of the University of Iowa on that cold Friday in November 1991. Even those of us who weren’t directly involved, because it’s a jarring realization, that the sort of things that only happen Somewhere Else suddenly happen in your own quiet college town.

Phones are portable now. If something unthinkable were to happen on my daughters’ high school or college campuses, I’m sure I would hear from them. Looking back to November 1, 1991, I don’t even know if I called my parents—or if I did, if they had even heard of the tragedy yet.

For more information on that day, please read these wonderful stories: 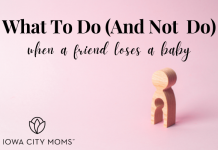 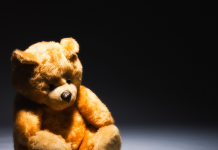 The Bravest Thing I’ve Ever Done 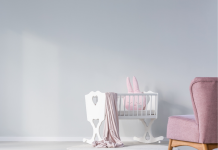