There was a reason my four-year-old had his own phone. It just wasn’t a good one.

When my husband and I got new phones, we kept the old ones for an upcoming vacation. It would be our first flight in over four years, and I hoped the phones would make it easy and fun for my kids. I downloaded movies and loaded their carry-ons with headphones, coloring books, and snacks. Our flight was scheduled for March 15, 2020.

We never got on that plane. Instead, we kept busy at home with baking, crafts, and yes, screen time. When I handed over the phones, it wasn’t my intention this would be a permanent arrangement. It was just a way to compensate for the abrupt change to our spring break plans. Later, it helped to balance the demands of remote work and pandemic parenting. 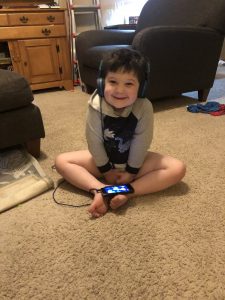 The months stretched on and we never reevaluated if the phones were a good choice. I was still trying to keep my head above water. If unfettered access to Netflix and Disney+ helped to maintain our sanity, so be it.

On the other hand, it was becoming increasingly clear that our sanity came at a cost. The kids fought over chargers. They woke up asking for their phones and had meltdowns when we took them away. Some days, exhausted after *gestures at the world* we gave in to phones at the dinner table and sat there in silence, each family member zoned out in the blue glow of their own device.

One day I realized our short-term solution had stretched over a year. 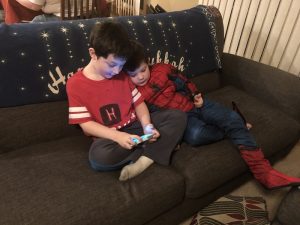 I had been in a similar situation before. Earlier in our marriage and pre-kids, my husband and I discovered the magical world of on-demand cable. Within seconds of walking in the door, we would turn on the TV. Every night we ate dinner and binged our way through episodes.

But here was the thing —our TV was in our bedroom.

When we came home and flipped on the TV, that meant climbing straight into bed. When we ate dinner in front of the TV, that was in bed. When I tried to eat soup in bed, I knew things had gone too far.

Some people can set healthy boundaries with screen time. It’s unlikely these people have washed soup out of their sheets. In my case, drastic measures (and stain remover) were needed. This wasn’t the life we wanted.

As a parent managing screen time, I recognized the part of me willing to eat dinner in bed. We were back in a place where we had compromised quality of life for convenience and comfort. Years ago, we canceled cable and gave away our TV. Now, we needed a similar reset. I took away the phones.

Of course, eventually, it didn’t matter if I had cable or a television set. Today, I have four streaming platforms right here in my hand, plus social media, texting, and a series of dumb little games I love/hate. But, for a while, the quiet was exactly what I needed.

I’m still working on finding that quiet for my family. Even without the phones, my kids have school-issued Chromebooks, video games, and can watch movies on my phone. Removing the kids’ phones was a start, but it won’t matter unless I set better boundaries and role model healthier behaviors. 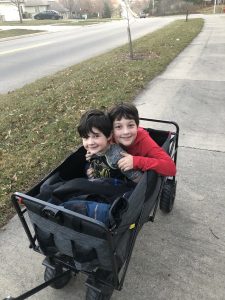 As we approach two years of pandemic parenting, I’m trying to shift from short-term solutions to long-term goals. It’s not easy, especially navigating a world in which we never expected to live. I realized, however, that I don’t have to wait for the “new normal” to have the life we want. I get to create the normal I want for my kids, and it doesn’t have to be in a blue glow. I’m still working on it.

What boundaries have you set with screen-time? 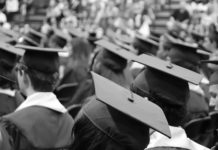 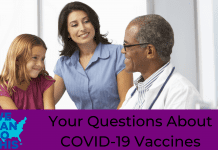 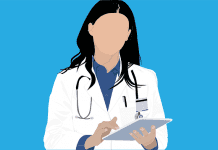