“Is your baby walking yet?” I guarantee that if your child is at least 10 months you have heard this question. My baby is 14 months and the answer is “No. Hallelujah!”

My first three children all walked on their birthday. Literally. My first daughter put her little 1st Birthday Girl dress on and started running around the house just before her party. My second daughter did the same thing. Same dress. Same results. By the time my third child was turning one (a boy, mind you), I considered putting the dress on him just to see what would happen. It turns out all he needed was a Hawkeye Football jersey and he started running around the house during his party too.

But this last little man just hasn’t been too interested. He can get where he’s going fast enough by crawling, thank you very much. In fact, when the music is on and the other 3 are dancing around and doing gymnastics, he crawls around in a circle…his own little form of dancing.

He’s active enough…he climbs up on the ottoman and stands on the stool at the bathroom sink just like the bigs. He climbs up on his brother’s bed and stands on it. He reaches up to the table and pulls our dinner plates to the floor (we recently switched to paper for the time being). But when it comes to getting around he takes a couple steps and then decides he much prefers to crawl.  My one-year-old isn’t walking yet. And that’s ok! 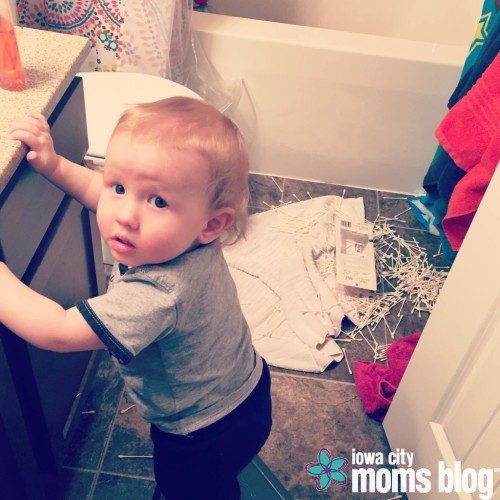 I recently took an informal poll of friends, our Iowa City Moms Blog Contributor Team, and one of our Iowa City Moms Blog playgroups.  I asked moms to tell me the age their child was when they started to walk. There was quite a range…from 8 months (OMG!) to 18 months. The average was around 11 months, but there were quite a few in the 14-16 month range.  In fact, 18 months is still considered within the “normal” age of walking. If your babe is 18 months and isn’t walking yet it’s a good idea to talk with your child’s doctor to rule out a potential underlying cause. Ask earlier if it gives you peace of mind or you have reason for concern!

Meanwhile, if you’re like me and have an active child who just isn’t there yet, let me share 4 reasons to celebrate your child’s non-walker status. 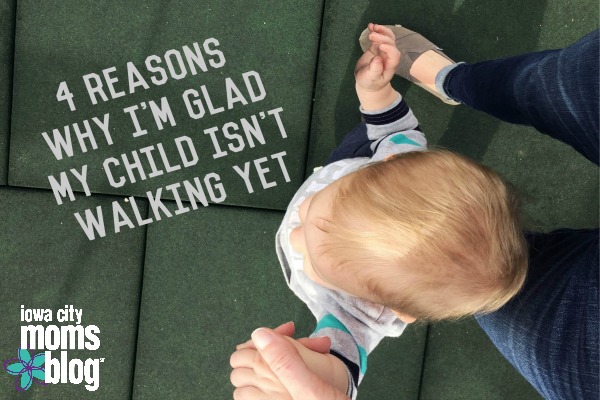 The running shoes still have tread.

When your child is crawling you spend plenty of time trying to keep them out of trouble. But nothing compares to when they start running.  All of a sudden they can get to places in lightning speed. Especially when you’re in a crowd or out in public.  And of course once they start to walk, they always want to walk. Rest up now, mama…life is about to get even busier.

The first-aid kit is still stocked.

With walking comes more scrapes and boo-boos. And a higher likelihood of accidents and falls. Similar to when your baby started crawling, take the time now to minimize the risk by moving sharp objects, putting up gates, and keeping breakables high up out of reach. Be sure to have some band-aids, Neosporin, and ice packs on hand for when those falls inevitably happen…especially in the warmer months when you’re outside more and your child is exploring near cement.

They’re working on other skills.

There’s something about taking those first few steps that makes your baby instantly seem so old.  The first months and year go by so fast. And soon your baby becomes a toddler. Then a two-year-old. Then a threenager. And so on. Soak it up and enjoy the stage they are in now!!

So if your baby isn’t walking yet, celebrate! And embrace those precious moments of babyhood before the next adventure begins!! {Now that I’ve written this post he will probably start walking, so I’m going to soak it up while I can!!}

When did your child(ren) start walking? 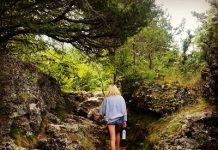 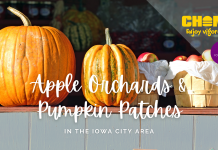 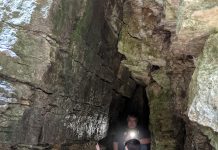 Kate - September 16, 2021 0
Get outside and enjoy the wonderful fall weather by visiting Iowa City area pumpkin patches and apple orchards! Use this guide to find your...