Fast, Quick, and Easy. Those are my favorite ways to handle Halloween costumes. After walking through the costume section of the store, and picking my jaw back up off the floor from seeing some of the price tags, I decided I would be making my kids costumes this year. This won’t be the first year of making my own costumes. Here are some of my past creations:

The Robertson Brothers from Duck Dynasty 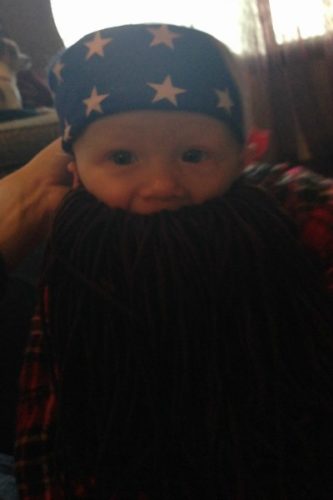 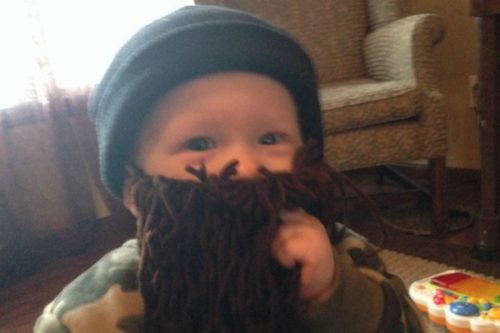 Their yarn beards took a lot more yarn than I thought they would. 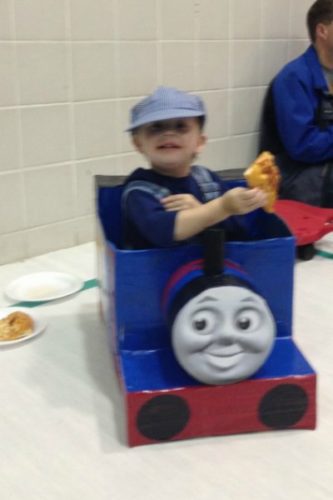 You don’t want to know how long it took me to paint that dang train engine.

I’ve even made my own costumes because I’m too cheap to buy an adult sized costume. A couple of years ago I was a ninja turtle to round out the gang (none of the boys wanted to be the purple one).

This year we have a few more hoops to jump through because we will be traveling on Halloween. That means they had to have simple costumes that were easy to pack. 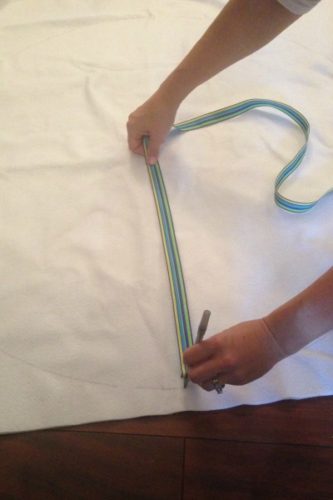 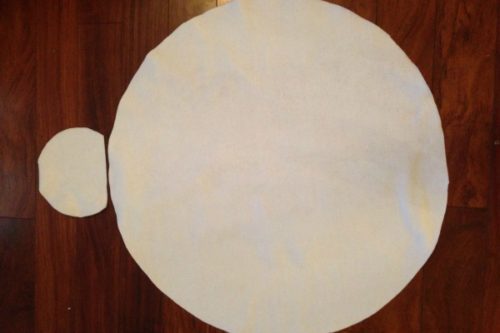 Here’s a trick: use a string or ribbon as a compass to keep your circle even. I used orange and black craft paint to paint on the details of BB-8. 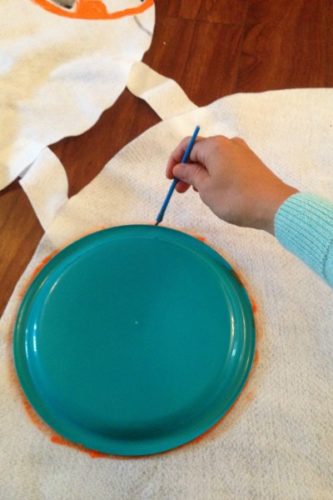 I cut two strips of felt to use as shoulder straps and used them to connect the front and back. For BB-8’s head, I cut two smaller semi-circles that will fit on my son’s head. I cut eye holes for the front and attached elastic to the sides to keep it snug on his head. 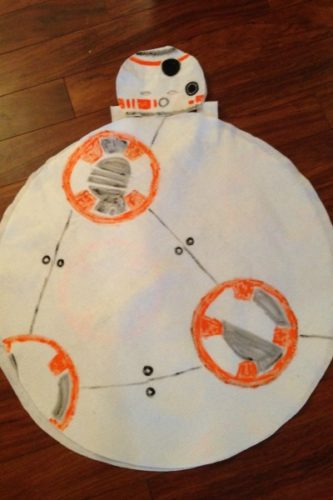 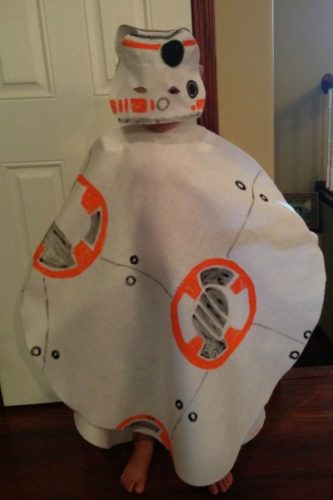 My daughter wanted to be a donut. For her costume we cut out two circles out of tan colored felt and another circle out of white felt to be the frosting. 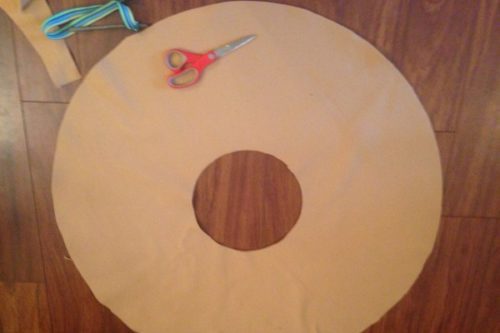 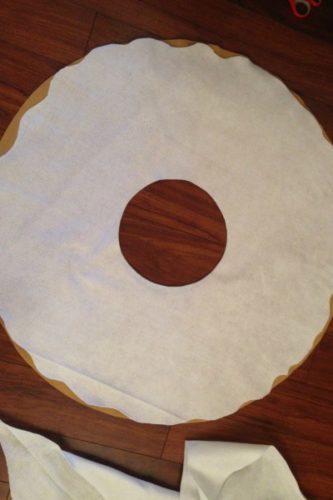 I used my silhouette to cut out rainbow sprinkles of colored cardstock and attached them to the “frosting” using hot glue. 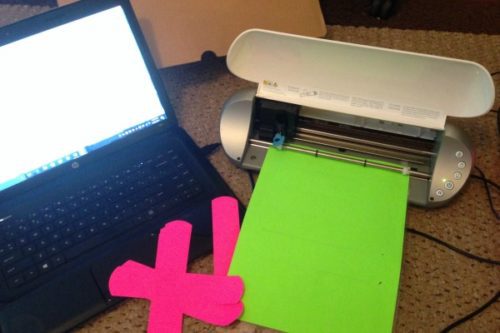 I cut two strips from the tan felt to use as shoulder straps and attach them to the front and back piece. 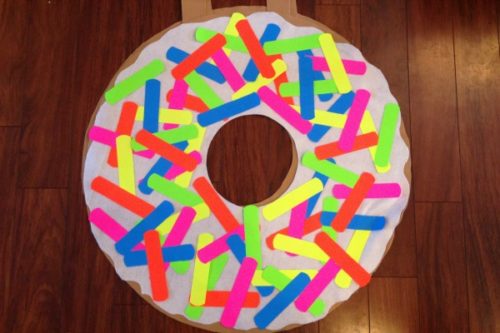 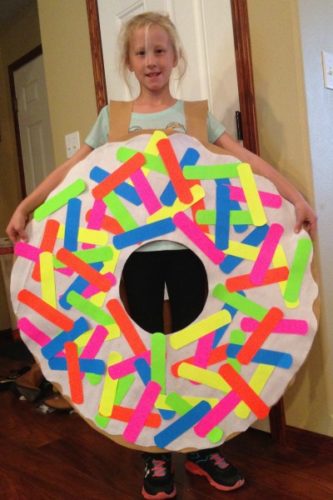 Are you making or buying your kids costumes this year? What are they dressing up as? 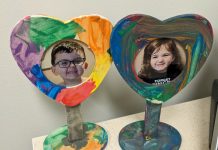 Mother’s Day is Coming . . . The Easiest Gift is Here! 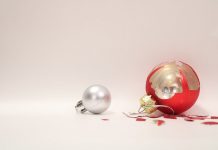 My Holidays Were a Train Wreck, How About You? 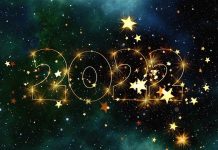 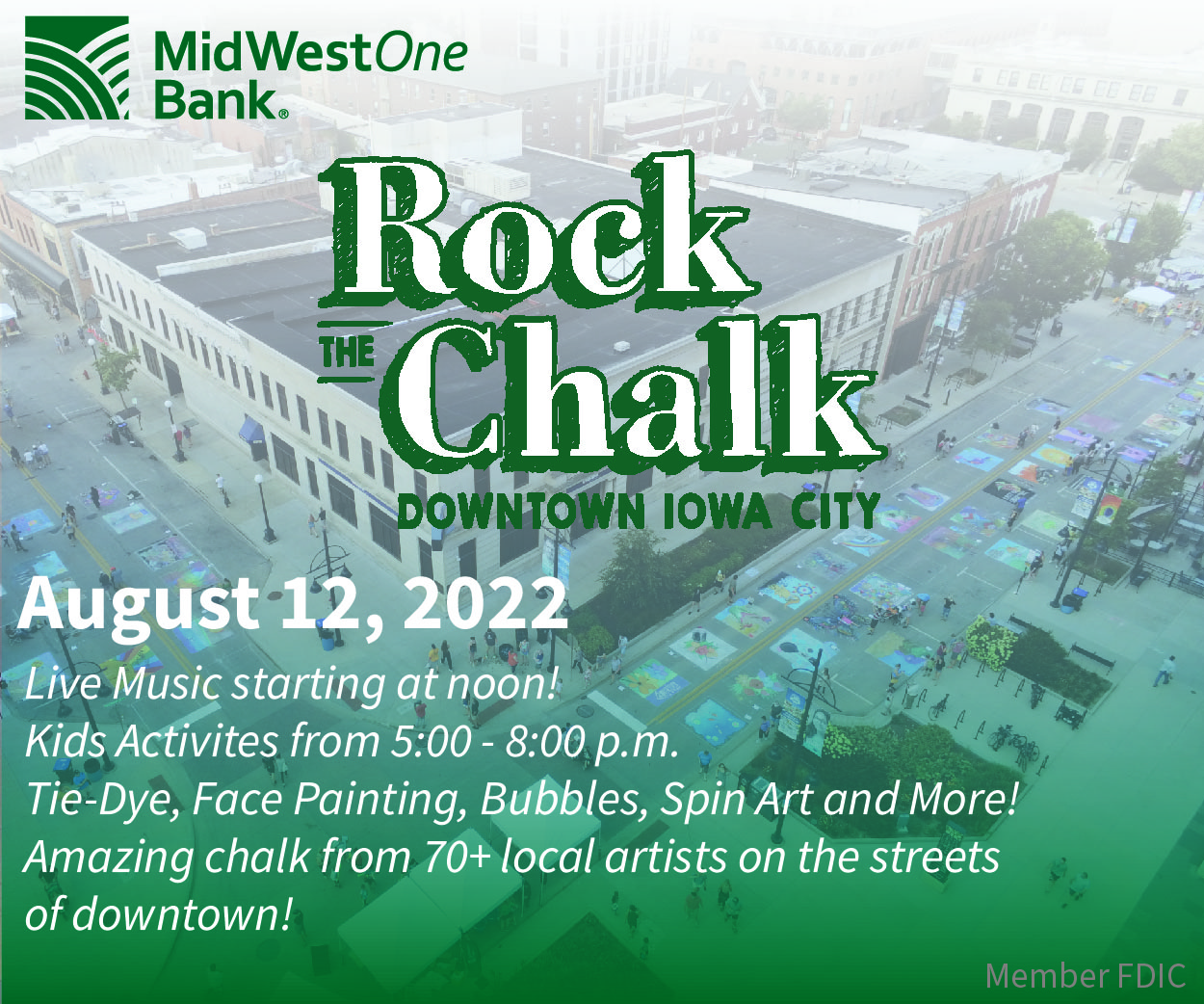