The other day, I picked up my two youngest children from school, and on the way home, my daughter proceeded to tell me that she learned about a preacher’s son named Martin.

When she did not completely say the name, I asked her if she learned about Martin Luther King Jr. She excitedly answered, “yes” and quickly began telling me what she had learned.

As she started to tell me her feelings about the works of Martin Luther King Jr., I was amazed by how much this little human had understood about his work.

As I sat there listening and answering her questions, I began to feel a little ashamed because I had failed to adequately educate her more about black history, including many past civil rights leaders and activists. I remember thinking that I needed to start having more discussions about this part of history.

Like her brothers, I want her to be just as knowledgeable about what the civil rights movement was all about, the plight and struggles of those who were helping to end “legalized racial discrimination,” segregation, and disenfranchisement.

I realized that I was relying solely on the secondary schools to educate my kids about black history. In my opinion, some portions of American history have been heavily edited, which doesn’t invite in-depth conversations about the past.

Most of the triumphs and struggles that some of the world’s greatest activists endured are being erased from the classrooms.

There are so many more activists that I haven’t mention that I intend to teach my children about, so their legacy, work, and impact are remembered.

Martin Luther King Jr. Day is in January. African American History Month is in February. But the work we do in our homes to educate our kids about race, activism, black history, and civil rights should be happening all year round.

I truly believe that for us to grow as promising individuals, we must try to have a better education about our past.

My hope is that by understanding the past and learning from it, my children can grow as individuals and become better citizens of society. 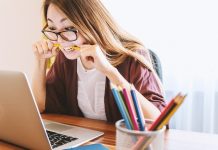 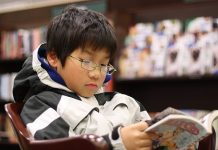 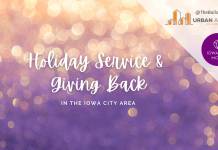 Giving Back: Service and Volunteer Opportunities in the Iowa City Area