Last weekend I attended a VERY FUN party at the home of my friend Lindsey Litton. It was the perfect kickoff to fall and a boon to someone like me who loves to eat but hates to cook: the almost irresistible opportunity to take home six quarts of various new and delicious homemade soups for a comparatively little investment on my part.

The idea: everyone brings six quarts of a soup they’ve made, portioned into one-quart Ziploc baggies and frozen. Each guest draws a number–this is the order in which each guest will select their soup. The guest holding number 1 goes first to choose a soup of their choice from all the selections on offer, followed by number 2, and so on until everyone has picked one quart of soup. The numbers then go in reverse, with everyone getting a chance to select a second quart of soup. This proceeds, back and forth, until all the soup is gone. 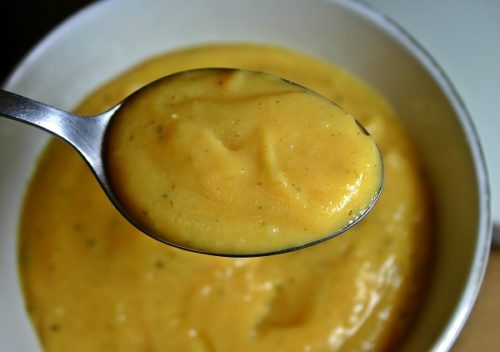 Send the invite well in advance, because making soup can be an all-day endeavor, depending on the type you choose. People need time to plan and prepare. She also asked guests to share the type of soup they planned to bring on the event page to avoid too much overlap.

Make sure you have a clean counter ahead of time that is big enough to accommodate all the soup, or pull in tables!

Because this event is a kickoff to fall, “hygge it up” a little and set a seasonal mood with candles and the food served at the party. Lindsey had cider, red wine, and maple cookies, for example. She also has an adorbs homemade custom pennant banner in fall colors that lends a sense of tradition to the event.

Because people have invested a lot of time in making the soup, keep the event itself short and don’t be shy about guiding people through each phase of the activity in a loud voice. Lindsey broke down how Soup Swap would be structured in the invite and stuck to it: the first thirty minutes for nibbling and mingling; then the “telling of the soup,” in which each guest would go around and briefly give the backstory on their soup and describe its contents; followed by the soup swapping itself. The whole thing was one hour, on a Sunday evening.

5. Bring Your People Together

This is a good event for all your “circles” to come together: coworkers, in-laws, workout friends, childhood friends, whatever. It can be “ladies night,” or it can be (like Lindsey’s) a multi-age family event with guests of all genders invited and partners and kids encouraged to attend as well. Lindsey even mentioned that a few former Soup Swap attendees who’ve since moved out of state have begun hosting their own Soup Swaps in their new communities.

Consider giving away small prizes at the end. At Lindsey’s event, these went to the first guest to arrive, the guest with the best soup story, the guest who drew the highest number, and a few others. Prizes were fun soup-related things like a nice baguette, fancy hand soap, a stainless steel ladle with “Soup Swap” hammered into the handle, and a dish for dipping oils. Each guest also went home with a little bag of seasoned oyster crackers tied with a cute ribbon as well.

Don’t watch and wait in silence while each person selects their soup. Just get the ball rolling with the first couple numbers in each round and let it flow from there. People will pay attention and take turns while continuing to chat, eat, and drink.

Each person should attach a copy of their recipe to each quart of soup.

People should bring a cooler bag, basket, or some kind of receptacle to stash their soup in after they make each selection.

A standard large stock pot will make about six quarts of soup. But if it doesn’t, it’s okay to bring fewer, like four or five, you will just take home the same number of quarts you brought. 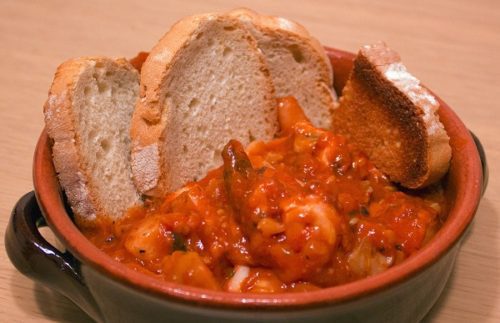 I can quickly go down a self-consciousness spiral in large-group situations, but I can really get into a party with some kind of structured activity or task to keep things moving and give me something to focus on besides my own social awkwardness. The appeal for me also lay in the excitement of trying new foods (one of the soups I took home was butternut squash and pear, which was delicious!), and the fact that it’s accessible to almost everyone. There are easy and cheap soup recipes that taste good, so everyone can be successful and have something to offer. (I mean, I had my husband make the soup I brought, but still. My daughter and I did win the “best soup story” prize with our Hamburger Soup, a very “Midwestern 1950s church basement” recipe from my grandmother that was dressed up by local tomatoes from the farm of our neighbors, a place dubbed “Little Transylvania” because they hail from Romania).

Most people can talk about food, even if they are meeting for the first time. Most people like to eat, and soup is a cozy, comforting meal that easily stretches to accommodate a group. This is a great event for bringing your community around you, preparing for the change in seasons, and celebrating and appreciating abundance. I left filled with gratitude for the willingness of people I barely know to devote so much energy and care to feeding a houseful of other people they barely knew. 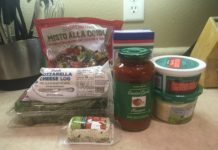 Stock up and Make-Ahead Lasagna 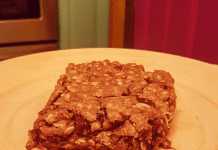 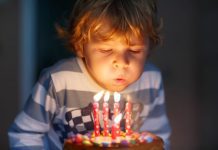 Birthday in Quarantine: 5 Ways to Still Make It Special for Your Child

Linda - May 22, 2020 0
While a lot has changed for many during the past couple months, the month of May remains Bike Safety Month. Watch this short, educational...

Why You Should Be Wearing a Mask in Public During this...